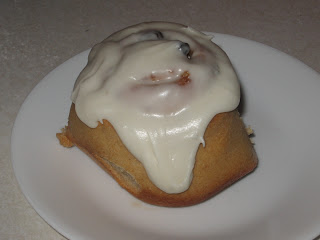 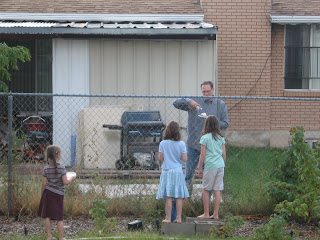 I can testify to the goodness of the cinnamon rolls! Wish we could have been there to watch with you guys. We had a hard time hearing over just two kids, but I still thought it was an awesome conference too! We love you guys and miss you.

Every Conference i vow that I am going to adopt that tradition!

I loved Elder Nelson's talk on the boy who crossed the river to herd the cows.

Becky was being diplomatic when she said that the kids weren't paying attention. Half of them were either demanding our attention or demanding use of the TV to play Wii.

Once upon a time 5 years ago Harley, Danika, and I watched the October conference with yous guys. It was just 2 months after Danika was born. Uhh, just thought I would tell you that. I think Harley's cousin dave came over too and I think I remember a game of Master Piece-the art auction game. Good times.