Getting up to date

We had a great Thanksgiving. I'm not going to type all the details, because I think my sister did a good job of it at her site here: http://lizandbrianelledge.blogspot.com/2008/12/thanksgiving.html , http://lizandbrianelledge.blogspot.com/2008/12/black-friday.html , http://lizandbrianelledge.blogspot.com/2008/12/surprise-visit.html .
A few things I will mention about the trip is first, we had tons of fun. The kids loved playing with their cute cousins, and John and I had fun playing games with Liz and Brian and my mom too. A few kids got throw-up sick, not fun. It wasn't really warm in Arizona. It was raining the day we drove down and kind of rainy on Thanksgiving. Then it was cool the rest of the time. Not what I imagined at all. The scenery going down to AZ from UT is amazing. There is so much diversity in the landscape it was really pretty to see it all. Not that the kids saw any of it (except when we stopped and made them look at the Glen Canyon Dam, and tail end of the Grand Canyon, which they thought was cool). They were watching movies on the DVD player for most of the time anyway. Dante travelled pretty well this time. Here is a funny story about him. We had brought a box of juices to drink in the car and planned on using them on the way home. THey were just sitting next to Dante's chair by the door the whole trip. While we were driving home, Dante demanded juice and I looked for the box and couldn't find it where we had it. John hadn't moved it either, so we didn't know where it went. Dante kept demanding juice and didn't want water, but we couldn't do anything about it. Later, when we were almost home, I talked to Liz and asked her if they found a box of juices on their driveway or something because it must have fallen out of the car. She told us when we were loading the car the night before, Dante had brought in the box of juices and set it with their boxes of juices in the kitchen. She didn't question why he did it, and we didn't know he did, so at least Liz got the juice and it didn't fall out of the car in the middle of Arizona somewhere when we stopped. What a good helper, doing things without being asked to! Aren't we lucky parents. He does really like to help out. 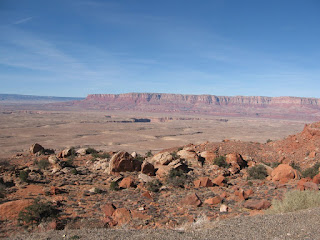 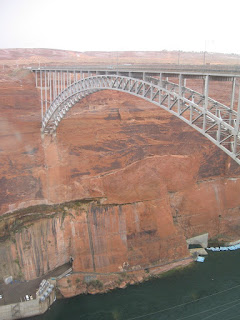 Now, I wish we had taken more pictures along the way. We saw some really pretty mountain/rock formations near Bryce Canyon and Zion's National Park. We will just have to go back some day to see all that again.

Only 2 more weeks until Christmas, and the kids are really excited. We seem to always be super busy with activities and this week we still have 2 performances at the school, and a ward service project/party. Hopefully we will remember to take pictures of these events and post about them later. I am really thankful for the season and how it reminds us about the Savior and his birth. I am in charge of sharing time in Primary this month, and even though it is super hard for me to be in front of a big group, last Sunday went pretty smooth. I was thinking the other day that I actually am enjoying serving in the Primary Presidency, even though it was always a calling I dreaded having. We have tons of fun as a presidency and I really do love all the kids. Sharing time I think will always be a little hard, but everything else makes it all worth the effort.
Posted by Becky at 2:18 PM

Thanks so much for coming (and thanks also for the juice!!). It was so much fun to have you all in AZ. I know Gwen especially misses you because last night, while making a birthday card for my sister, Gwen kept insisting it was for "Aunt Becky." It was cute! :)